Web 2.0 Deconstruction Of Institutional Monopoly On Production Of Knowledge

I am risking to get into one of those 'Top 10 Worst Blog Post Titles' lists, and yet I think that this is an appropriate one!

One of the major reasons why researchers in the field of humanities and social sciences do their work is the power to affect social reality. In many cases this influence is subtle, indirect and slow, but it is nevertheless real.

For instance, Montesquieu, who is conventionally percieved as the developer of the separation of powers doctrine, affected most of the modern constitutions in such a way, and consequently this gave a rise to many social, political and legal features which we currently find common and obvious. 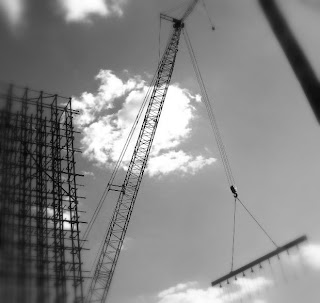 The concept of social construction of reality was incited by iconic work 'The Social Construction of Reality' (Berger and Luckmann, 1966). Social reality is objective only in part. The other part is subjective.

People communicate, repeat interactions, make them typical and after a few more steps modify and/or form social institutions. And, as long as we speak about social sciences, an act of research is an act of social construction at the same time.

Speaking for my kind, let us assume that a lawyer researches an institution and publishes a relevant paper. A judge reads the paper and, when the moment comes, uses its logic to make a decision. When the decision is made the social reality is changed, as law is a general convention of what is 'real' in social sense.

For a long period of time which roughly started in XVII century with institutialization (formation of academic institutions) and specialization (division by discipline) of science, the tribunes wherefrom social reality could be changed concentrated at universities and research institutes. It was near to impossible to reach the audience without passing many filters.

But the times have changed.

One no longer needs to get to such a tribune to get heard. We have the Internet at our disposal, and this function of the global network is highly intensified by Web 2.0 instruments allowing the users to get global attention in minutes or even seconds.

This worked well for various artists, including writers and indie game developers, who can now contact the audience without interference of publishing houses via direct digital distribution. The same logic works for the ideas which can and do change the world. More people read digital sources than academic papers, and one does not have to have an official qualification to be heard, it is just the ideas which should be worthy.

This is raw capitalism of thought, and this is inspiring!
Автор: Vladislav Arkhipov на 10:46 PM